You cannot solve your problems at the frequency in which you created them.

Whether you are ready to go to your next level in your life or have serious health issues or just want to feel better than you do, I can help you, either in person or over the phone. Energy knows no boundaries of time or space—I can work with you no matter where you are.

Because of my weak condition, our work began over the phone while I rested at home. The energy work was extraordinary and the following morning the pain was finally gone.
W. Krueger

The Diamond Light transforms the wounds when it comes in contact with them. In a manner similar to the way alchemy transforms one substance into another. However, the Diamond Light is a higher vibration and a finer frequency, so it can quickly get to hidden places to put them right. It is ever so loving, gentle, soothing and blissful.

For example, it can transmute a toxic emotion to a healthy emotion or a distorted cell to a healthy cell. I am the alchemist who sparks your innate healing wisdom—but it is you that effortlessly performs the final transformation of change.

I serve as the conduit for your healing by clearing a path for energy blocks and organs to repair, emotional trauma to heal and ultimately for you to attain your optimum health and balance of your being.

As your frequency gets higher and stronger we can go deeper and wider into your being until your Diamond Light is completely ignited and has a strong bright radiance. 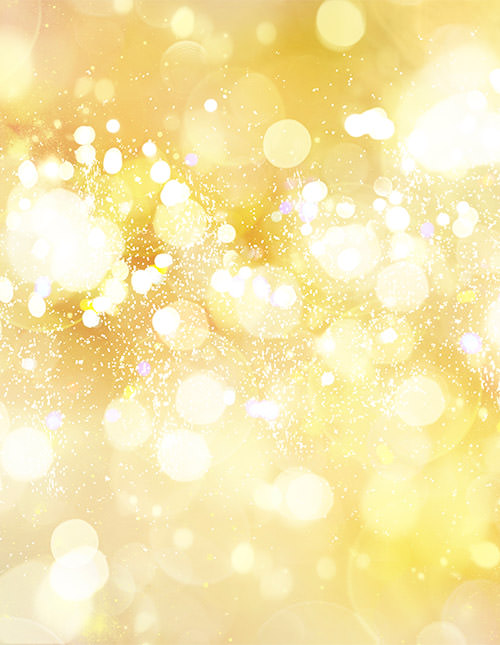 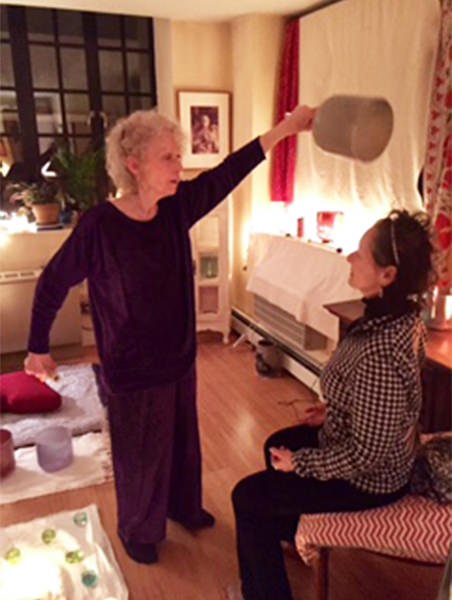 I am igniting it in the client. The reason it is called a portal is—I received the name through my channel. We have to go through a specific portal to be in the Diamond Light.

How I see it is your core light has a steady soft glow where as the Diamond Light is brilliant, vast and sparkles like diamonds.

Like other forms of healing we have to be activated and practice holding this Light until it becomes part of us. That is my job as the healer-channel.

In the Diamond Portals of Light Vibrational healing sessions I work with—you, your higher self, the Diamond Light, vibrational sound, the chakras, angels and the healing masters. Every person’s session is customized based on your needs.

The result? You’ll manifest your dream—to be and have an awesome life!

What to expect from your healing session

As a healer, I will help your physical and energetic bodies to access the innate healing power that is available to you..

This process may take time. Many people feel instantly better after a session; some may briefly feel worse before feeling better, while the energy is rebalancing. It is all part of the deep process that ultimately leads you to greater health and happiness. 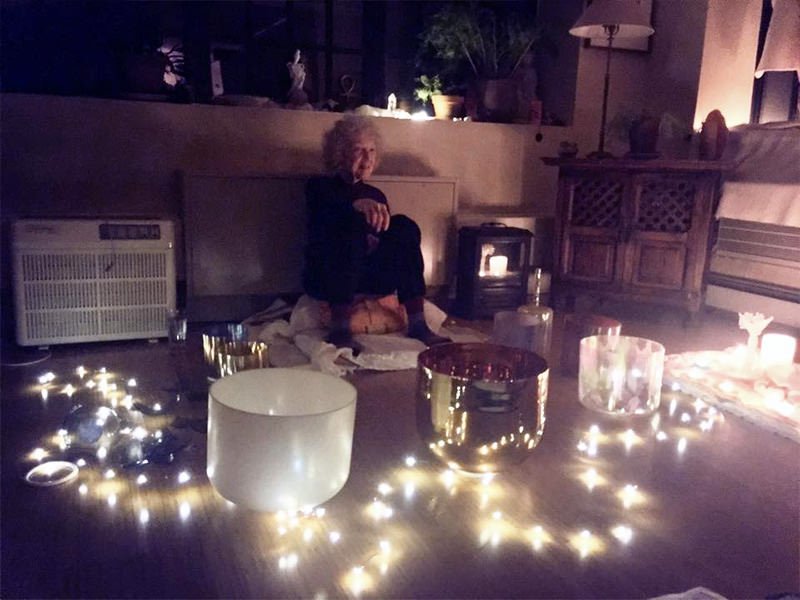 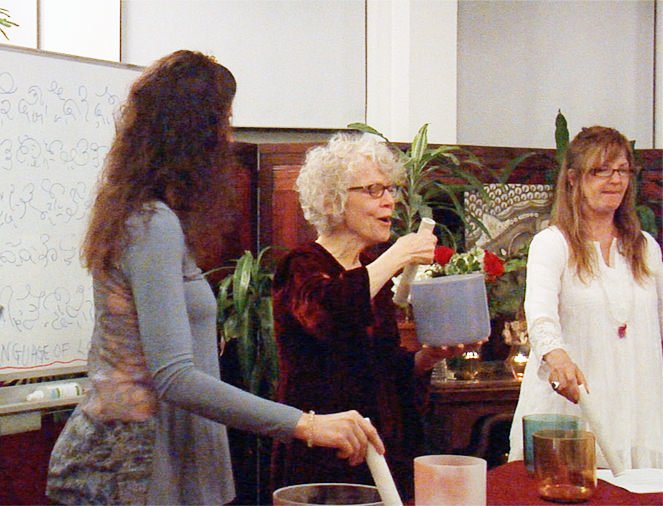 Eliminate the toxic buildup in your energy field

Disease typically stems from trauma, negative beliefs, and childhood wounds that cause an imbalance in your energy field. We now have environmental toxins  severely affecting some people. These can all lead to physical, mental, emotional, or spiritual illness.

Symptoms generally manifest after years of being energetically out of balance with yourself and the environment. Diamond Light Healing sessions can get rid of the toxic buildup in your energy field before it manifests in your life.

“From Pain to Bliss”

This powerful healing work is for those who are ready to raise their vibrational frequency and live a truly awesome life. To make sure this work is right for you, I offer new clients a Free 20 minute Clarity phone consultation – “From Pain to Bliss“!

What is Sound Healing? 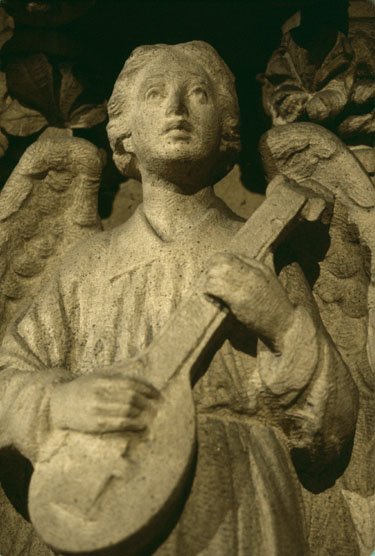 The power of sound has been acknowledged since the beginning of time.

In the Hindu tradition, creation began with a humming sound that arose from the depths of a vast ocean. This humming expanded to become the sacred sound “Aum,” which called into being all of life. The Judeo-Christian tradition also acknowledges sound as the instigator of life: “In the beginning was the Word.”

Indigenous cultures and ancient traditions worldwide recognize the power of sound to heal and transform consciousness.

The Tibetans use bells, chimes, bowls, and chanting to deepen their spiritual practice. Native American medicine men and Australian Aboriginals use toning and repetitive sounds, along with instruments created from nature, in sacred ceremony to adjust physical or spiritual imbalances. Many African cultures use voice and drumming to bring them closer to Spirit. Sound is a major part of individual and group worship in nearly every religion in the world.

Why is sound so important? Because it touches us at a deep cellular level. As Mitchell Gaynor, MD, says in his book Sounds of Healing, “there’s no organ or system in the body that’s not affected by sound and music and vibration.”

Like everything in the universe, we are made of energy that has its own vibration. The frequency of that vibration is called resonance. Your body is in a healthy state when each cell and organ resonate in harmony with your whole being. When part of your body is vibrating out of tune, we call it “dis-ease.”

When sound healing is especially beneficial

Sound healing can help you…

A trained sound healer acts as a catalyst to intentionally shift vibrational imbalances and effect physical and energetic healing. Sound has been scientifically proven to affect our autonomic, immune, and endocrine systems, as well as the neuropeptide transmitters in the brain. Many prominent physicians and scientists have acknowledged the effect of sound on matter. 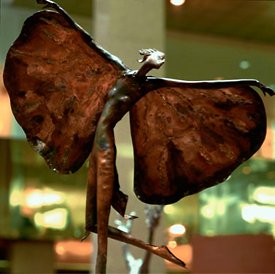 Many people have played crystal singing bowls in my presence. When Ra’hanah (Sylvia) plays, I am immediately transported beyond my mind. I relax deeply, my body disappears and I am lifted higher and higher. In that place I pray for the music to never stop – a pure divine experience in the presence of a heart who has mastered the art.
AmaYa Ma Kumara 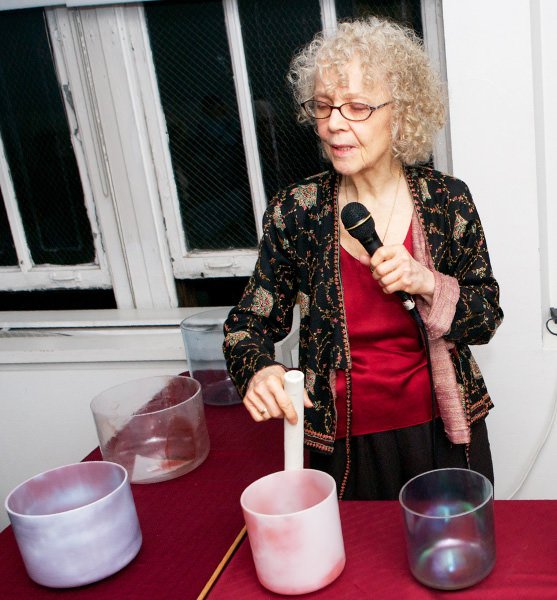 Alchemy Crystal Singing Bowls are made from 98.9% pure silicon quartz. Since the human body is crystalline in structure and contains silica in the eyes, teeth, glands, organs, and connective tissues, the bowls resonate powerfully with our physical makeup.

Quartz crystal has the ability to store, absorb, amplify, transform, focus, and transfer energy. The Alchemy Crystal Singing Bowls emit “pure tones” that vibrate the body on a molecular level, since every cell contains silica in the same formula as natural quartz crystal. The vibrations recharge your energy to help your body return to a state of optimum health. 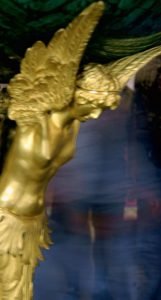 Everything is energy: the sun, the moon, the stars, trees, flowers, animals, furniture, rocks—and of course, YOU. In quantum physics, the energy that surrounds us is called the electromagnetic field. In holistic healing, we call it the energy field or aura. Energy can be defined as the force that infuses the universe with life—the divine spark that runs through everything. This life force energy is what heals us. You could call it God, spirit, the divine mystery, or light. Whatever you call it, none of us would exist without it.

The photograph to the left is an artistic view of energy moving around a body. Here in this instance, a gold leafed sculpture. The gold, in my opinion makes it energetically alive.

What does energy have to do with healing?

The human energy field encompasses more than just your physical body. It includes the four “subtle” bodies: physical, mental, emotional, and spiritual. When stress and trauma create a disturbance in the flow of energy through your subtle energy bodies—particularly in the chakras, your body’s energy centers—it can cause cellular distortions. These distortions, in turn, become underlying weaknesses, imbalances, and blocks that can develop into physical symptoms and dis-ease. Diamond Portals of Light Healing directly addresses the cells and DNA to heal the root cause of your discomfort or illness.

How is it possible to sense an energy field?

Everyone senses energy. It’s the force that attracts you to some people and repels you from others. Some people have the innate ability to “see” energy fields, or auras, with the naked eye, while others perceive them through different senses. Barbara Brennan labeled this heightened ability to sense energy High Sense Perception (HSP). The Brennan School of Healing Science trains healers to use HSP in working with energy fields and chakras, with the intent to help clients release and heal energy imbalances.

Why would I need energy healing?

Disease typically stems from trauma, negative beliefs, or childhood wounds. Any experience that upsets or hurts you causes an imbalance in your energy field. The longer these experiences stay in your energy field, the more opportunity they have to cause physical, mental, emotional, or spiritual illness. Symptoms generally manifest after years of being energetically out of balance with yourself and your environment. Diamond Portals of Light Healing can get rid of the toxic buildup in your energy field before it manifests in your life—like flossing to get rid of plaque before it creates gum disease.

How does Diamond Portals of Light Vibrational Healing work?

Vibrational energy healing works by healing the wounds that have been festering in your energy field. The Light transforms the wounds when it comes in contact with them. Just like alchemy transforms one substance into another. Only Diamond Portals of Light is a higher vibration and a finer frequency. For example, it can transmute a toxic emotion to a healthy emotion or a distorted cell to a healthy cell. I am the alchemist who sparks your innate healing wisdom—but it is you that performs the transformation of change. I simply serve as the conduit for your healing to begin by clearing a path for you to repair energy blocks, heal emotional trauma, and ultimately attain health and balance.

What are some benefits of Diamond Portals of Light Vibrational Healing?