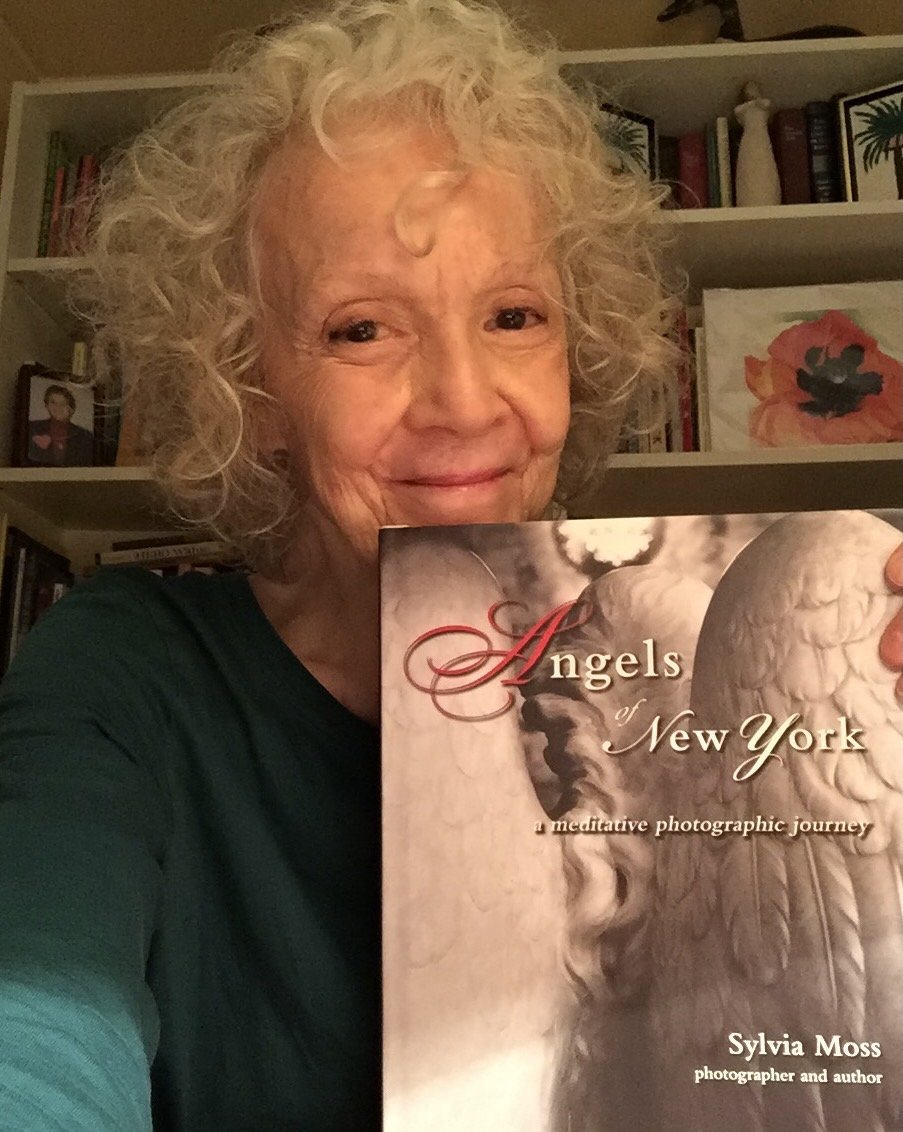 She is well known for her Sound Bath Salons, Divine Light High Frequency Activations, and her extraordinary abilities as a Vibrational Sound Alchemist, Subtle Energy Medicine Master Healer, and Angelic Light Language channel. Her powerful use of Alchemy Crystal Singing Bowls in both private and group sessions helps people heal physical and emotional pain, deepen their connection with Spirit, and expand their inner light.

She is a Crystal Singing Bowl Master Alchemist, the founder of Diamond Portals of Light Vibrational Healing system, Loce My Life Guiding/Coaching method, and maintains an active international healing practice.

My Journey as a Healer

I believe that deep within each of us is a healer emerging, waiting to be birthed.

A healer is usually led to his or her career by seemingly strange situations. In 1978 when I was in Kenya, I had an extraordinary eye-to-eye spiritual communication with a large impala. While staring at the animal from a distance I had what I considered my awakening, my first experience of true spiritual love, and I became aware of my inner light. From that moment onward my healing pathway began to unfold.

At that time my work was in photography. While I was photo-graphing Calvary Church in New York City, famous for its architecture, the music director approached me. Out of the blue he asked me if I sang and if I would like to audition for a big production of Faures’ Beatitudes. After not having been in church for twenty-one years, I joined the choral group, church and theatre department and also had my first professional photography show there. During that time I found myself in the role of a ‘bridge’ between traditional and new age spiritual communities, and to this day I feel very suited to that role.

By 1981 I had become an assistant in Calvary Church’s weekly laying-on-of-the-hands healing service. Although I was not theologically inclined, I liked the way I felt in this environment.

That same year I travelled to Findhom, the spiritual community in Scotland when I re-awakened my connection with nature spirits, Goddess rituals and the use of universal energy. My life expanded to yet another level of awareness.

A few years later I met Barbara Brennan through a friend who was studying with her, and for a few months I became Barbara’s secretary during the time she was preparing her book “The Hands of Light” – for publication. I was amazed to learn that the simple healing service I had been practicing successfully for four years for fun had a solid foundation, and that I could be conscious and responsible for my energy when I touched someone. I knew I wanted to learn more about what I been doing naturally. I therefore enrolled in her four year training program where my particular qualities and uniqueness as a healer were developed and expanded. My awareness and sensitivity to energy was enhanced.

When I graduated as a healer I could not foresee becoming a teacher. My family was full of teachers – I never wanted to be like them. However, I eventually realized that as a healer what l am doing is teaching people how to be well.

People began asking me to teach. In 1991 some of my clients in Germany requested I come and give two small workshops. This small intimate gathering however, expanded into a large group of 100 people. These kinds of things continued to happen. The same scenario occurred last year with two of my clients in B.C.

I also use sound on clients. A few years ago when my therapist asked me a question during a session, I became very grounded and began sounding huge deep tones and using simple large movements. My therapist suddenly began coughing, choking and spitting, and had an incredible healing from a physical condition she had been working on for years. Soon after that I knew it was time to do group healings with sound so more people could benefit. This was quite a stretch for me. I liked the comfort of my safe one to one sessions with clients. Having been a professional actress on Broadway stage, it finally dawned on me that it is not a big deal to use my energy to affect hundreds of people. It still amazes me how long it took me to realize this – that when I’m being who I am, in the truth of my work, it is so easy and fun, and I am not afraid. I surrender to a greater Power and channel incredible energy and loving strength. It does the work through me and we all win. It is interesting to me that I started backwards. In the days before my training I had surrendered to healing energy, then I learned how to consciously and efficiently use it. Now I am back to surrendering into the healing energy. God does the healing, I am the conduit.

In becoming a healer we must, in the process, heal ourselves. The healing journey is continuous and the benefits are endless and life transforming. I am strong, feel terrific and the people I work with experience healing on many levels of their being. They come to me with needs ranging from maintenance energy balancing to life threatening illnesses. I feel constantly energized and miracles happen every moment.

My greatest passion is to be there for my students and clients, helping them to birth themselves as whole human beings and discovering their uniqueness as healers themselves. How exciting! What a Joy! 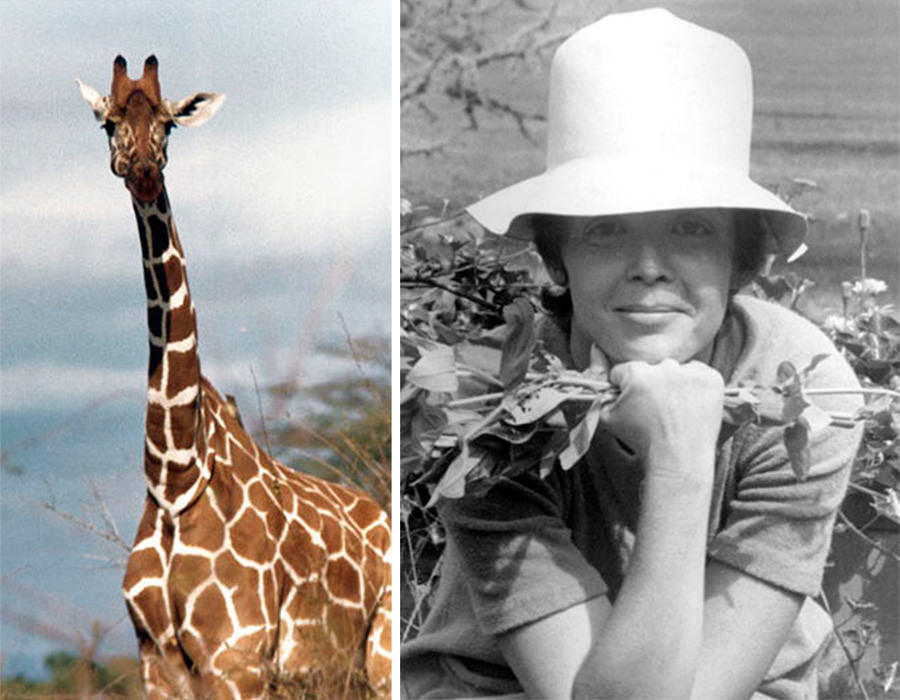 I felt lighter after each session

No quote can sum up Sylvia’s extraordinary gift’s as a healer, but I can say that after each session I felt lighter, more grounded and willing to face life’s, joys, sorrows, and mysteries.

The energy work is extraordinary

Because of my weak condition, our work began over the phone while I rested at home. The energy work was extraordinary and the following morning the pain was finally gone.

I come away from every session with a profound sense of well-being, clarity, centeredness and perspective, as well as with a sense of the Bigger Picture and my place in it.

Sylvia’s spiritual awakening began in 1978 while she was on safari in Kenya. On the last day of her trip, she became transfixed by an impala in the distance that seemed to be staring straight into her eyes. Instantly, she was filled with an overwhelming feeling of unconditional love.

This powerful feeling stayed with her when she returned home to New York. Right away, new spiritual opportunities began to open up for her. While photographing the interior of Calvary Church, she was invited to join the choral group. Taking it as a sign, she attended a service—her first in twenty-two years—and knew immediately that she wanted to be part of the church’s open-minded spiritual community.

She began to participate in the weekly “laying on of hands” services, where she discovered her powerful gift for healing.

Sylvia’s awakening reached another pivotal point in 1981 when she visited the New Age spiritual community in Findhorn, Scotland. Known for its miraculous vegetable gardens where forty-pound cabbages grow in sand, Findhorn is a spiritual community and eco-village founded by three visionaries in the early 1960s.

One of the founders, Dorothy Maclean, received guidance from angels and wrote the best-selling book To Hear the Angels Sing about her angelic visitors.

Sylvia’s visit to Findhorn reawakened her childhood relationship with nature spirits, as well as stimulating her connection with angels, ancient Goddess rituals, and channeling universal energy and light.

Driven by her passion to help others heal, Sylvia enrolled in the four-year program at the renowned Barbara Brennan School of Healing and gained her certification in Brennan Healing Science in 1990. As her unique healing abilities emerged, she expanded her studies to encompass other areas of expertise. In 1992, she became an ordained interfaith minister.

She is a graduate of the Transformational Energetics Training Program with Ann Bowman, master Bioenergetics teacher and psychotherapist, as well as the Life Works Guidess Training Program. She also studied with both Rosalyn Bruyere, a renowned healer, teacher and author who supervised the Ellen Burstyn film Resurrection, and Emilie Conrad, founder of Continuum movement work.

Sylvia built a thriving healing practice in New York City. Before long, her clients began asking her to teach. She traveled internationally, giving workshops to bring her healing skills to others. As part of her international outreach, she led a hands-on healing workshop at the Conference on Creativity and Art in Medicine, Psychology, and Education in St. Petersburg, Russia.

In 1992, she co-founded and directed the Healership Training Program for Energy Medicine Healing in Vancouver, BC. She subsequently led a similar Spiritual Healing Training program in New York City. 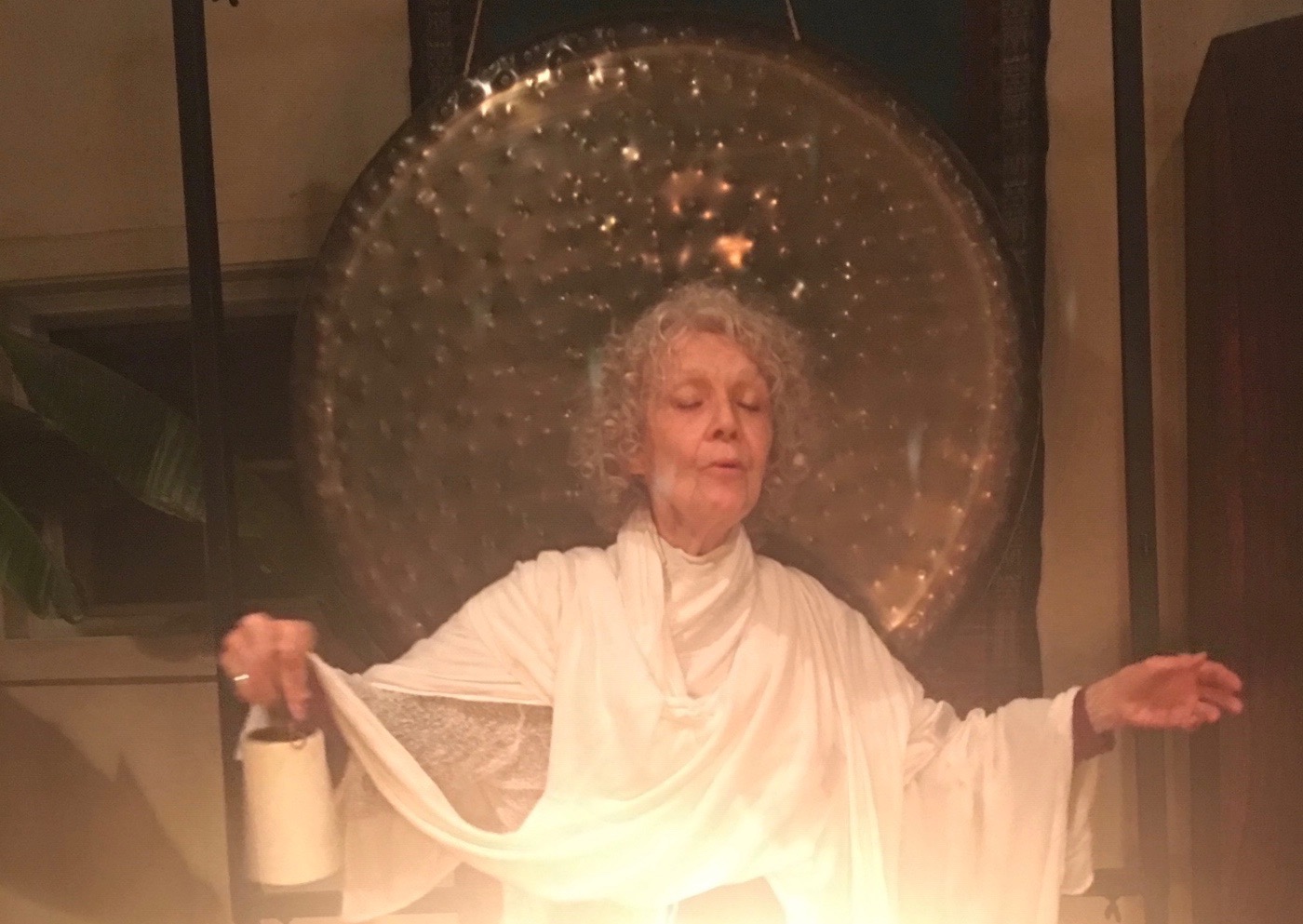 s,Today, Sylvia works with groups and individuals to facilitate many different facets of healing. A proficient sound healer and Crystal bowl Master Alchemist, she plays the powerful Alchemy Crystal Singing Bowls, she calls the Vessels of Light, to help people raise their vibratory frequency and expand their connection with Spirit.. She uses the bowls in individual sessions, as well as in her Divine Light High Frequency Activations, Sound Bath Salons, Journey with the Angels, meditation groups, and other workshops and gatherings that celebrate ancient traditions.

To enhance the body’s innate healing ability, she developed Diamond Portals of Light Vibrational Sound Healing System which incorporates physical, emotional, relationship, and life issues healing with Angelic Akashic Record Readings of which she is a certified Counselor of Light.

Sylvia continues to develop her deep connection with spirit in her ongoing spiritual studies. She recently journeyed with her spiritual teacher on a transformational spiritual retreat to Bali and Egypt.

She is now in an expansive year long training of The Christ Feminine Emissary Training. When complete, she will be doing high frequency healings with large groups of people at a distance for free as a gift to humanity.

In her spare time, she adores pursuing her love for sacred photography. 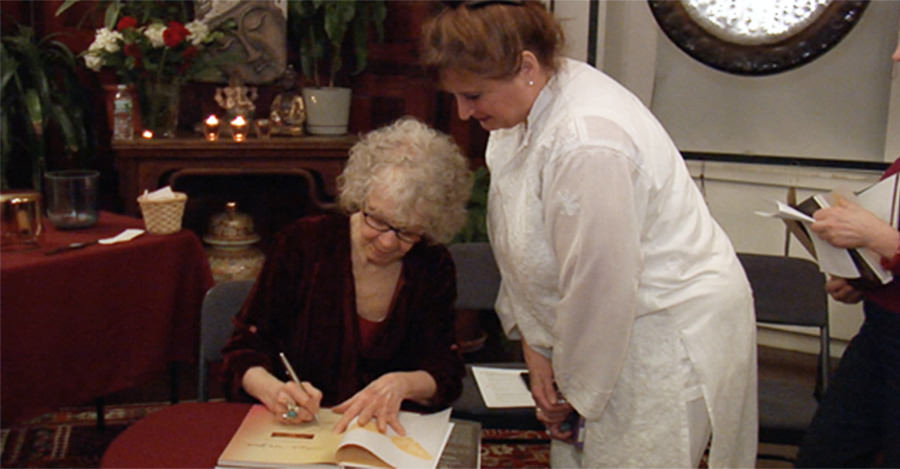